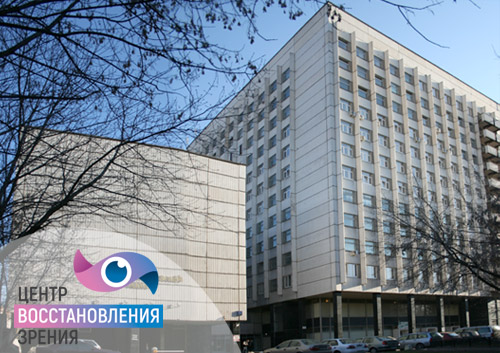 From 1990 the Institute belongs to scientific institutions of Russian academy of medical sciences (RAMS). From the moment of its foundation until December 2001 the Institute was lead by RAMS academician professor M.M. Krasnov. After that the Institute is headed by professor S.E. Avetisov, and M.M. Krasnov took the post of an advisor to the Direction.

Presently the Institute counts 450 employees including 102 research fellows, among those 2 academicians, 1 Corresponding Member of RAMS, 16 Doctors of Medicine (M.D.) (among them 8 professors), 61 candidates of medical sciences.

The Institute disposes of the hospital with 180 beds and its clinic receives 400 patients’ visits a day. Yearly about 100 000 patients are consulted here, about 6 000 with different eye diseases are treated in hospital.

Main directions of the Institute’s activities can be defined as follows:

To the Institute belong following departments:

In 2005 the Institute added to its impressive row of divisions also new scientific units: division of functional diagnostics and ophthalmoergonomics and groups to research problems of tissue conservation and immunology.

Main directions of scientific activities of the Institute may be defined as:

Modern methods of surgical treatment of cataract are widely utilized in the Institute. Phacoemulsification of so-called noncomplicated cataracts became a routine treatment method. Scientific studies are aimed at the application of this contemporary method in situations that under certain conditions may be called nonstandard - combination of cataract with hypertension and defects of ligamentous capsular apparatus of the lens, the necessity to carry out operations by patients who in the past underwent keratorefractive interventions, - and also at the solution of the problem of simultaneous distant and near vision by pseudophakia.

Vitreoretinal surgery is actively developing in the Institute. Research works performed in this direction by a group headed by professor G.E. Stolyarenko are priority enough and are fulfilled on modern international level.

Scientific works on the problem of correction of ametropia suggest the development of a complex system of choice of a correction method taking into account the advantages and disadvantages of existing methods (glasses and contact lenses, keratorefractive and intraocular surgical interventions). Excimer laser surgery of ametropia is carried out by one of the last generation laser ESIRIS (Schwind, Germany).

During many years the Institute carried out a voluminous methodological work on glaucoma problems and developed a system of pathogenically based microsurgical antiglaucomatous operations. A priority direction of scientific work is also a development of treatment methods of glaucomatous optic neuropathy – conducting of surgical operations on an optic nerve.

Among various methods of treatment of eye diseases a great importance is attached to efferential methods (plasmapheresis, hemosorption) and photodynamic therapy.

The perfection of diagnostics of pathology of organ of vision is bound with the development of adapted to ophthalmology contemporary methods of ultrasound visualization of biological tissues and Doppler ultrasound study of blood flow in blood vessels of eye and orbit. And also, the perfection of complex of computer methods of quantitative mathematic analysis for evaluation of the state of different eyeball structures.

From the time of its foundation in the Institute works the Dissertation Council to defend a Doctor’s degree or a Ph.D. thesis. It is staffed not only with Institute’s employees but also with leading specialists from other ophthalmologic establishments in Moscow.

The Research Institute of Eye Diseases is a co-founder of the most known ophthalmologic Russian edition – the magazine “Bulletin of Ophthalmology” that is recognized by the Russian Ministry of Education as one of central prints.

The Institute houses also the Chair of Eye Diseases of one of the leading medical academies in country – Moscow Sechenov Medical Academy. The director of the Institute heads the Chair. Such a union broadens to a great extent the possibilities of education of post-graduates, residents and internship doctors.