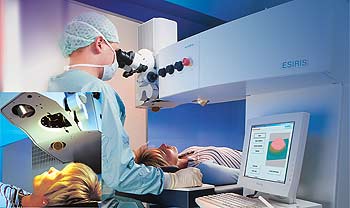 ESIRIS belongs to the sixth generation of excimer laser appliances. ESIRIS is a product of modern high technologies developed in Germany. It is remarkable for a contemporary design, maximum safety and comfort for the patient. Owing to peculiarity of the laser ray (the so called flying spot) the ESIRIS works in a more sparing regime and has a number of advantages over lasers of precedent generations. In practice it means improvement of correction quality and quick rehabilitation after the operation.

At present the “Sight Recovery Center” is the only clinic in Russia that is equipped with a laser installation of such a level.

Advantages of ESIRIS over laser installations of precedent generations 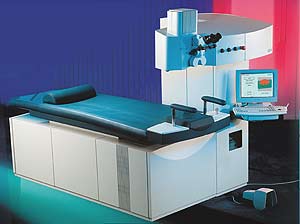 Your application is accepted!